The Tommyfield was originally named The White Hart; it was bought by Three Cheers Pub Co in autumn 2005 and operated until May 2010 when it underwent a major refurbishment before re-opening as The Tommyfield. In 2014 we opened six boutique bedrooms.

Three Cheers Pub Co is a small collection of pubs in South London run by local boys Tom Peake, Mark Reynolds and Nick Fox, who opened their first pub, The Abbeville, in Clapham in 2003. Aside from The Tommyfield there are now six other pubs in the family: The Avalon and The Stonhouse in Clapham, The Bolingbroke and The Latchmere in Battersea, The Princess Victoria in Shepherd’s Bush, and The Rosendale in Dulwich.

Their ethos has always been to do the simple things well, add a dash of flair and exceed expectations. Award-winning ales and well chosen wines are matched by menus designed to hit the mark in terms of unpretentious comfort (hence their famous steaks and burgers) whilst also offering innovative and ‘grown up’ food cooked by passionate chefs.

They are proud to work with some of the best small producers the British Isles has to offer. Chicken and pork are all free-range, beef is aged in-house and fish is sustainably sourced from day boats on our wonderful south coast.

Every year a portion of profits is donated to the Kivuli Trust and they are also proud to serve Belu water, who donate their proceeds to Water Aid who are dedicated to providing clean water to the world’s poorest countries. 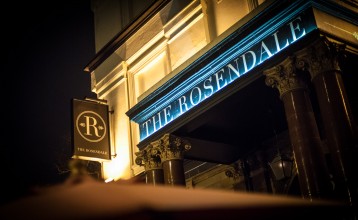 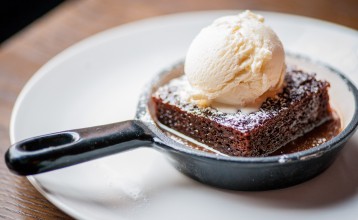 We can only accommodate groups of a maximum of six people from one household or support bubble.

Please also let us know if there are any children coming and if you require a high chair or booster seat or space for a pram.

All bookings are for two hours only. If you require more time please phone us and we will try to accommodate you.

Sign up for news & offers from Three Cheers Pub Co